"Stylistically, we have followed the same path as the debut" sagte Drummer Mike Portnoy. "But we feel that it has come out stronger, simply because we know one another better. "Psychotic Symphony was the first time the five of us had worked together, so there was bound to be an air of experimentation happening. Now, we can draw on having the experience not only of recording that album, but also of touring together a lot. And now there is clearly a lot more obvious chemistry going on.”

"It took about three weeks to get all the music written. That was a very smooth process. The last time, it certainly must have felt a little weird for Bumblefoot to be writing with Derek and me, because we were strangers to him. Now, we know one another better and that helped things push along."

"Because we all have our home studios, it meant everyone could record there as and when they had opportunity," adds Sherinian. "We all had the luxury of being able to take our time to get all the parts done, which was a huge help in the way the album's come out. I suppose in all, it took about eight months to record everything."

"From the few seconds of hearing this song, it guided me to write the lyrics about our dear friend and colleague, David Z. David was one of the greatest, funniest and kindest humans I have ever known, he had friendships with most all of us in SOA but Mike and I were certainly the closest. I thought it fitting to include this tribute to him from us in this haunting, incredible body of music" - Jeff Scott Soto

"This video is a great tribute to our dear friend David Z. Jeff and I were particularly close with him and I was honored that Jeff invited me to sing the harmonies with him on the Choruses for us to both share our love for our friend that was tragically taken from us way too soon" - Mike Portnoy 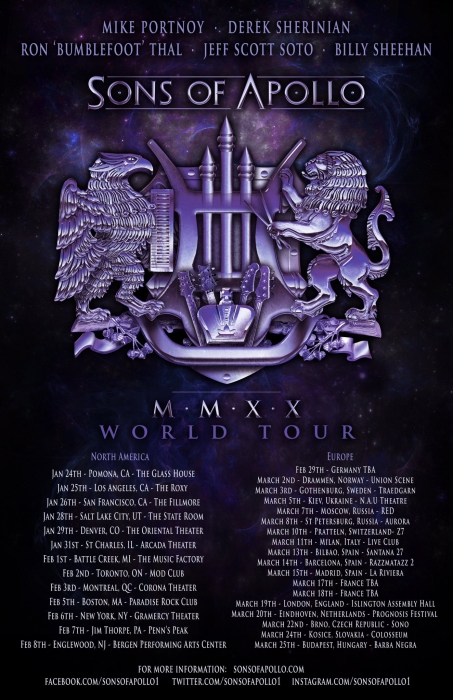